It has been three weeks since the 10/6 airing of “Disability USA” by CBS “60 Minutes”. In my prior pre-airing blog post I warned that journalist Steve Kroft’s segment was likely to be biased and thin on meaningful analysis.The report was even worse than I had feared. 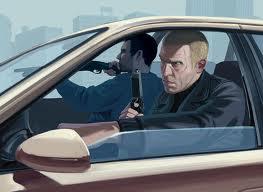 Finally, “60 Minutes” focuses on a very disturbing relationship between attorney Eric Conn in Kentucky and ALJ David B. Daughtery. 60 Minutes laid in waiting in attorney Conn’s parking lot for its timeworn “ambush” style of journalism, embarrassing the attorney in his refusal to comment on an ongoing investigation – a fact 60 Minutes was doubtlessly aware of.

Apparently on 10/18 ALJ Duaghtery did in fact attempt to take his own life.

There appears little doubt that there is likely criminal and fraudulent conduct by ALJ Daughtery and attorney Conn.  So what is my problem with the 60 Minutes program highlighting it?  Here they are as briefly as possible: