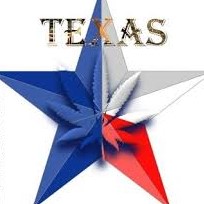 In 2015, Texas passed its first medical marijuana law. Those unfamiliar with the details of this new law may assume Texas residents can now get pot prescribed by an doctor for medical problems like pain, depression and anxiety, as is the case in most medical marijuana states. This is incorrect. Texas’ medical marijuana law is very limited. The Compassionate Use Act of Texas allows neurologists and doctors to prescribe low-THC, cannabis-based medicines to people with untreatable epilepsy-only epilepsy. No other medical conditions in the state of Texas can be lawfully treated with marijuana and/or its active ingredient THC. Moreover, there remains a serious problem of low-THC cannabis supplies in Texas, frustrating Texans with intractable seizures.

I have written elsewhere about the effects of marijuana use on a social security disability case. I remember some years ago I declined to represent a Dallas social security disability claimant who maintained mental problems precluded work and who admitted to heavy pot smoking. I explained that use of any illegal in a mental disability case gives the government the chance to argue that the illegal drug exacerbates the mental problem and “counteracts” the possible positive effects of prescription medications. The individual became quite irate, pointing to evidence that pot has a calming effect, and that other states permitted pot to be used for mental problems. This person was quite intelligent, pointing out that social security disability was a federal program – how could it be administered in contradiction to state law for medical marijuana states (he was not a lawyer but I remember thinking he had potential!)

This negative impact is driven in large part by continued skepticism about pot use and its use in medical treatment. A fascinating recent study examined th impact of State medical marijuana laws on social security disability insurance claims. This study found the following:
”

We find that passage of an MML (Medical Marijuana Law) increases SSDI claiming..”

Why would that be? The paper presents an intriguihg hypothessis:

What does “work-impeding side effects” mean? Afraid of having to take a drug test? Not motivated to get a job? What is your opinion?